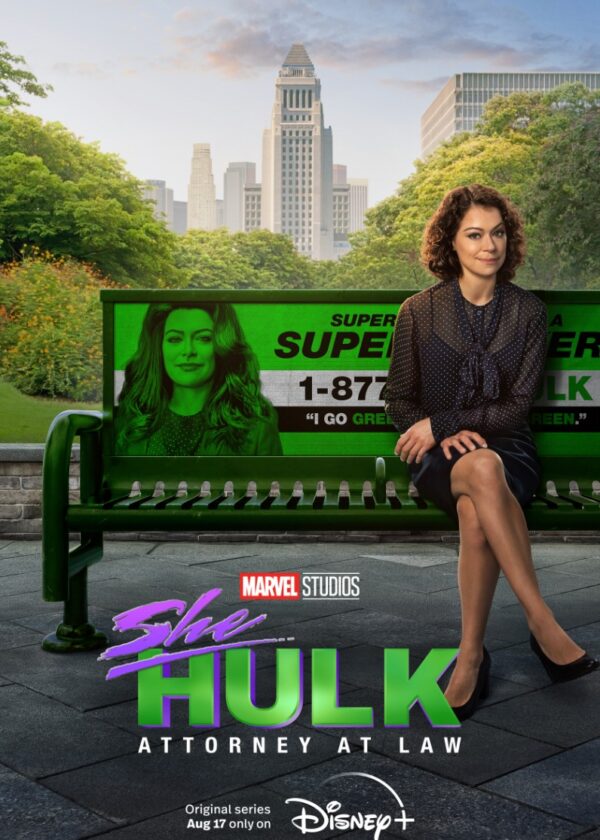 Jennifer Walters navigates the complicated life of a single, 30-something attorney who also happens to be a green 6-foot-7-inch superpowered Hulk.

Jennifer Walters is Bruce Banner/The Hulk’s cousin. She is a young, passionate lawyer with dreams of a great career helping people through the legal system. While riding with Bruce, they get into a car accident, his blood mixes with hers, and boom! She’s now the She Hulk. Her powers are different, and she can change at will. She doesn’t want to be a superhero and decides to go back to her lawyer life.

But after her powers become public knowledge, she loses her job, and the central conflict begins. She is asked to represent Emil Blonsky, the mercenary who became the Abomination in one of the Hulk movies. Emil is in jail, says he is a changed man, and wants to be paroled. Jennifer takes the job, and the problems ensue.

The second episode picks up on the main arc and style of the show, a superhero lawyer who represents other superpowered people. The show is more of a legal drama in the MCU, which is a fun idea. Fans of the MCU will pick up on some inside jokes, and there are enough references to other Marvel films that seeing the Hulk movie with Edward Norton and the Infinity War and Endgame would be helpful.

The violence is minimal and cartoonish, and there aren’t any sex or nudity concerns so far. The language is PG-13 level, and along with the discussions of virginity and the drinking scenes, some parents might have concerns. The show’s first episode was full of attempts to be empowering to women, although that mainly entailed putting men down and making them look silly, which diminishes an idea of female strength. That improves a bit in the second episode with a good father figure.

She Hulk is a fun idea to explore, a legal drama within the MCU, while also possessing important themes about power and responsibility, but flat characters, sexual discussions, and drinking could be a concern to some parents.

Theme of people with power carrying more responsibility and needing to be held accountable, similar to “to whom much is given, much is required” from Jesus. And there are further discussions of what happens when we have power but don’t want to be a superhero. The father in episode 2 is a more positive male character.

Decent amount of drinking, Smart Hulk has a bar on the beach, they get drunk, SheHulk goes to bars