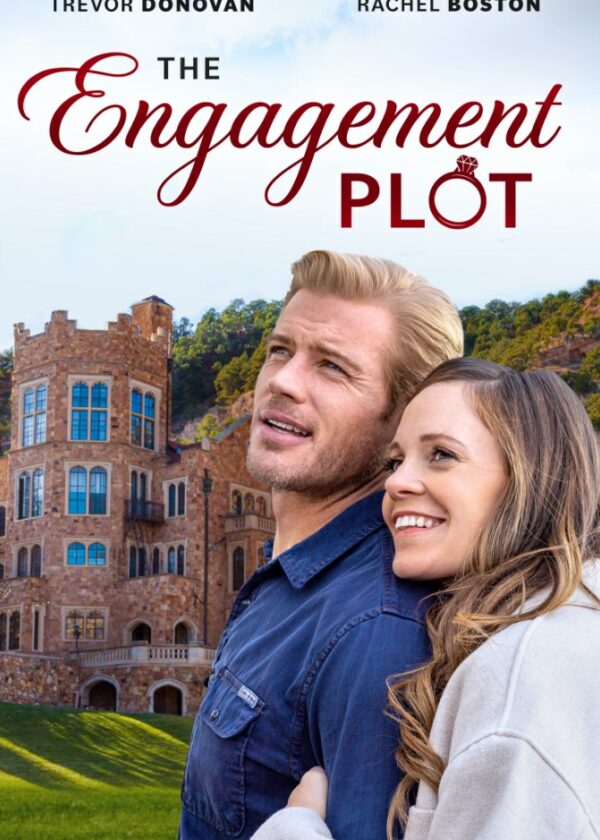 After getting her heart broken on The Price of Love, a wildly popular dating reality show that matches 20-something female contestants with a young, financially successful bachelor, teacher Hanna Knight has returned to her small-town Colorado life and moved on to better things. But her quiet life is rudely interrupted when Will Preston, the hunk who broke her heart on national TV, shows up unexpectedly with hat in hand — and an outrageous literal proposal.

A fulfilling romantic love can be elusive and hard to find, but what if you could take the search element out of the process and find true happiness by simply becoming a contestant on a TV reality show?  A fun movie with a comedic element, that is Dove-approved for All Ages.

Hanna Knight (Rachel Boston), Sunday school and Grade 5 teacher is rather annoyed with her overzealous friend, Carly (Jacklyn Collier) for signing her up as a contestant on a dating reality show but she’s here and meeting the most handsome Will Preston (Trevor Donovan).  What could go wrong and hey, it’s an exciting experience being in his elaborate castle!

As the contestants spend time with Will, they are slowly eliminated until only two remain, and Hanna, smal-town girl whose family is not prominent and whose dad owns a sweet shoppe that sells candied apples, is one of them.  Tyson Sloan (Javen Campbell), the producer, is being threatened by the network execs to ensure Will does NOT choose that farmer girl because the audience will be bored out of their minds and the show will be cancelled.

To please the Network and to confuse Will, Tyson deliberately misquotes Hanna, putting doubt in Will’s mind as to her intentions, and Will has no alternative but to choose the bubbly wealthy influential Kelcie (Andi Davis) as the lucky contestant.

Will makes it clear to Hanna that she captivated his heart from the moment he saw her but they live in two different worlds … she would not be happy away from her family, her students, her life, thus justifying his decision.  Hanna is devastated and in tears. Back to small-town Colorado with a broken heart…

As Hanna’s social media followers gang up on Will, his company sales are in the tank, and his Board gives him an ultimatum, either he fixes his relationship with Hanna, or he’s out as CEO.  His awkward one-sided plan of convenience makes Hanna cringe and she flatly refuses to be a part of his outrageous scheme.  But when Hanna discovers her dad is in financial trouble, she reconsiders Will’s offer that includes a hefty fee for her involvement.  The Engagement Plot is on!

As Hanna and Will navigate through the scheme of their reconciling and false engagement in a live TV interview, the story is sensational and audiences and social media fans are thrilled.  But when Kelcie suddenly appears as an unannounced guest and exposes the plot on national television, Hanna and Will must quickly find a way to cut through the deceit and dishonesty and expose the truth, sacrificing Will’s career and testing Hanna’s credibility.

Matters of the heart must be handled exclusively with kindness, compassion, commitment, and above all…truth,  because truth is what makes our lives real every day, in life and in love.

Hanna wears a religious cross necklace; her dad talks about the plan God has for his beautiful daughter; Christian behavior is prominent in Hanna’s life.

Hanna is honest and caring and shows compassion towards others even if she must suffer for it; Dad is supportive and God-loving, and provides unconditional love and understanding to those around him.

Wine with friends; no unruly behavior or abuse of alcohol.