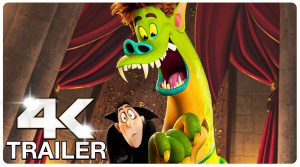 A kinkajou named Vivo must deliver his musical partner Andres’ last song to Andres’ love interest, Marta Sandoval, before her last performance in Miami. Traveling from Cuba with help from a human girl named Gabi, Vivo must overcome his own fears to deliver the song in time.

Vivo is a colorful, rhythm-filled animated musical that will make audiences tap their toes and sing along. Much of the music comes from Vivo himself, played by Hamilton’s Lin-Manuel Miranda, with a delightful blend of sung lyrics and spoken words.

Vivo has no desire to leave his beloved Cuba, having made music with Andres for years. But when Andres discovers that his beloved Marta is performing in Miami one more time, he prepares to leave Cuba, until tragedy strikes. Vivo is left to take Andres’ last unheard song to the United States so that Andres’ dream can be completed. Thanks to a new human friend, Gabi, Vivo discovers that he is not alone on his mission, even as they attempt to outsmart three animal rights-crazed Girl Scouts and a python who hates noise.

Family friendly in terms of language and wholesomeness, the film has some adult themes (like Disney’s Up), but it’s not because the topics are inappropriate. Instead, families can focus on the way that the film shows how people who are different can make beautiful music together, and the importance of music in giving us opportunities to share feelings and emotions that we can’t always put into words.

Given the emotional loss of Andres and Vivo’s tangling with the python, Dove Awards approval for Ages 12+ to the film.

Vivo delivers colorful beats in terms of its variety of animation styles and the songs of Lin-Manuel Miranda. The importance of friendship – and music – are clear, and families will enjoy the wild adventures of the little kinkajou that the film is named after.