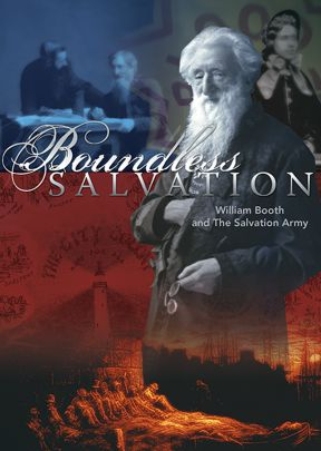 This documentary explores the history of The Salvation Army. Host John Cleary traces the path of this powerful movement from its origins to the present day.
5
Negative Rating
12345
SexLanguageViolenceDrugsNudityOther
0
Positive Rating
12345
FaithIntegrity

The history of the Salvation Army goes further back than some may realize, and the impact of this far-reaching organization is inspirational and life-changing-and this documentary is a wonderful telling of that history.

Written and narrated by John Cleary, this 37-minute documentary packs a lot into its runtime, and does so with visual style, featuring old photographs of various historic figures, quotes on screen, and with dramatic music to bolster the presentation.

We learn from Cleary how it all began in 1865.  William Booth saw Jesus in the poor, and he longed to help them. A Methodist minister, he and his wife Catherine became involved in the New Connection Methodists, and they focused with a zeal on people over formalities. William even preached in a tent and realized he had found his “destiny,” which was ministering to the poor and dispossessed.  By 1878 the Christian Mission magazine became the Salvation Army. A telling photograph of his view of ministry is one which features William and his son Bramwell. William is seated and Bramwell is half laying on the desk, and papers are seen on the floor. They convey energy and not formality or rigidity.

The history continues as it mentions that in 1882 James and Alice Barker, newly appointed commanders of the Salvation Army, arrived in Melbourne, Australia, following their wedding the day before they sailed, and officiated by General William Booth.

Just a year later a crowd of thousands helps them celebrate their year anniversary in Melbourne. They, along with other helpers, ministered to the prostitutes, and to the opium dens in China town. It’s said their outreach consisted of pity and not censorship.

Booth believed when you were sanctified as a believer that this included being practical in God’s work. The Salvation Army spread to New Zealand and 20-year-old George Pollard along with 19-year-old Edward Wright spearheaded the movement there.

Barker had a memorable quote that Cleary reminds the viewer of: “Be like Jesus and take a thief with you!” Booth continued to guide the enlarged organization toward promoting individual worth and community well-being. In 1891 Booth was greeted in Melbourne with lit torches from a sizable crowd. Eventually a photo studio was founded, and a film, Soldiers of the Cross, was produced. The Salvation Army wanted to use the media and any means possible to reach the socially downcast. Cleary states that in the film a re-enactment of Christians being torn apart by lions in Rom caused a few to faint.

A man named Joseph Perry, a talented cinematographer, worked in the New Zealand offices and managed to convert prostitutes and prisoners, helping prisoners find work following their release. George Carpenter, a talented writer and editor, was a key member of Booth’s team as the Salvation Army’s outreach grew and grew. Various members of the Booth team fought against social injustice, including “Sweated labor” in which some worked under poor working conditions. In fact, some workers used yellow phosphorus matchsticks, and the yellow phosphorus caused some workers to become sick and others to die. They eventually changed over to red phosphorus match heads.

This fantastic film has stayed within our Dove content guidelines, and it has easily earned our Dove seal for All Ages.

This film is sure to please lovers of Christian history and its inspiring stories are unforgettable.

The mention of prostitutes, some of whom were converted to Christianity.

Hell is mentioned as a Biblical place.

It’s mentioned that in a film Christians were seen being attacked by lions; a few very brief clips of The Passion of the Christ in which a bloody Jesus is seen, apart from and on the cross.

A man’s bare chest is seen.

Ministry is offered to prostitutes and prisoners; a factory did not want to change its matchstick heads due to the cost, even though it would cost some lives that the owners might become wealthy.