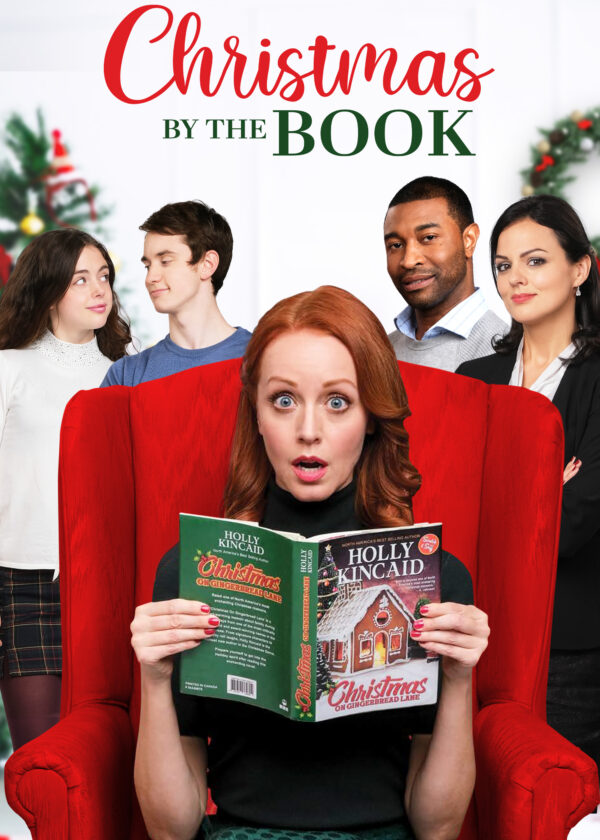 Christmas By The Book

An author of a best-selling holiday book becomes entangled in tinsel when she and her kids are dispatched by a TV talk show to a rural town where she is given two weeks to recreate the magical childhood Christmas described in her book.

A touching family Christmas comedy that effectively incorporates Easter, Thanksgiving, Hallowe’en, and Christmas to show the passing of time, as it wraps around the ongoing lives of Holly and her teenage kids, and her career. The perfectly selected music, with bursts of big band and symphonic Christmas carols complements each scene while real-life interacting amongst cast members and between brother and sister, happens right there onscreen that everyone can relate to… you will love the realistic script, the music, the superb casting, the daily antics, the hilarious and sentimental interactions as the film crew does its best to recreate that famous best seller!  So… gather your family and enjoy this very entertaining, funny, and refreshing movie that is Dove approved for all ages!

Holly (Lindy Booth) is blindsided by ex-husband Dan (Chris Farquhar) when he entices their teenage kids to come with him and his girlfriend to a beach house in the Bahamas, by private jet, and Holly finds herself all alone on Christmas morning.

As Holly walks through her empty house missing her kids, she decides what she REALLY wants… a block-buster novel about Christmas!  Her sister and editor, Ivy (AnnaMaria Demara) loves the new script about a fairytale Christmas and insists it will be a blockbuster.  And more good news!  Ivy is named Editor of the Year, and Holly is moved up to No. 2 on the prestigious authors list of Best Sellers.

Holly is shocked and disbelieving when she is a live-on-air guest and Audra (Amy Matysio) the overly animated and hilarious TV host, announces she has booked the very house on Gingerbread Lane where Holly’s very fictional old-fashioned Christmas story takes place, and she and her family are challenged to recreate that exact story to be filmed and then aired on Christmas Eve to a national audience!  Ivy is excited, Holly is outright shocked, the kids are freaking out… two “old-fashioned” weeks without cell phones or tablets?!?  But it’s off to Gingerbread Lane with a mixture of excitement, trepidation, and angst.

The house as described in the book is just beautiful … however, a total disaster on the inside … but as Josh (Jamaal Grant) the producer announces, the budget only allowed for fixing up the outside, and oh by the way, the production could afford only one horse even though Holly’s book calls for more…

But when the kids declare they are not “Gingerbread Lane people” and leave unexpectedly, Holly is devastated but she and Ivy must put on like they are not missing, just “somewhere else” and can’t be on camera this moment…

Josh is getting suspicious about the kids missing.  Holly is making excuses. Audra is demanding. The camera is there and ready.  Just as all seems lost and out of control, we hear tiny bells ringing, and a surprise that Holly would never have envisioned happens right before her eyes that more than saves the day and proves that good and patient parenting is worth every agonizing moment along the way.  And a delightful little twist… Josh and Holly discover they both want the same things in life.  Merry Christmas… sealed with a kiss!

The Dove Take:  An awesome movie about friendship, family, and finding love without losing yourself or giving up your dreams, as Holly juggles her career with raising teenagers, and accommodating whatever has to be done to keep everyone happy.

None displayed, but Christian Christmas is highlighted and celebrated with family

Holly has high morals and principles and instills these values in her children; Holly and Ivy are unequivocally supportive of each other; Holly’s teenaged kids are respectful of their mother; Josh is compassionate and encouraging

Nightclub atmosphere with alcohol consumption, but no unruly behavior; wine with friends at dinner