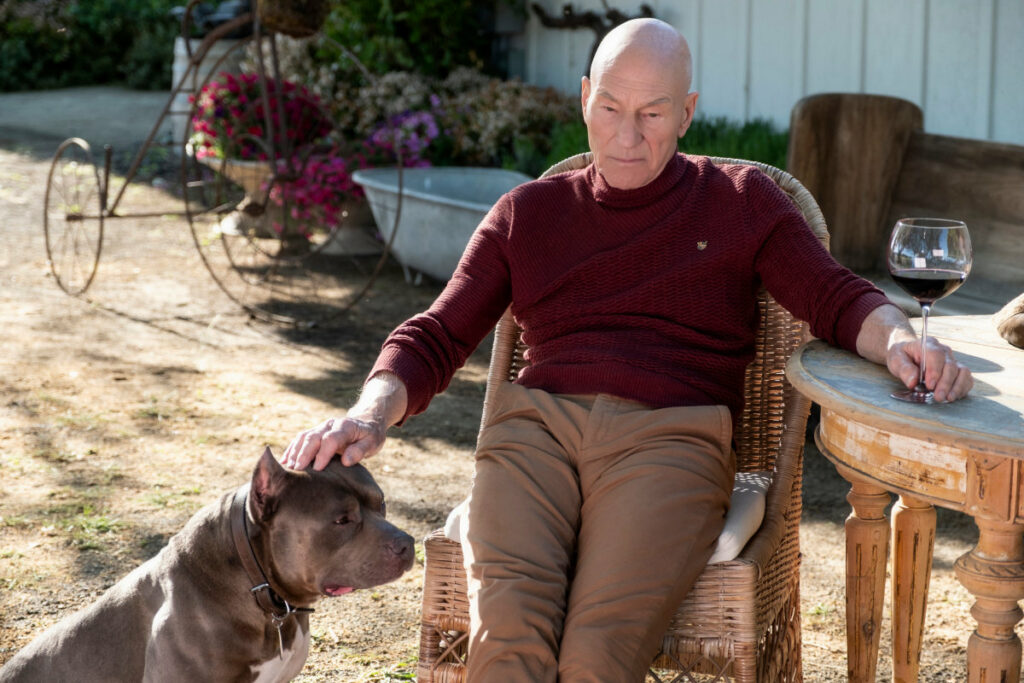 In 1966, ex-pilot and police officer Gene Roddenberry unleashed the world (or universes) of Star Trek on the world. The show ran for three seasons and then ended. But four films followed from 1979 to 1986 before four more series and six films spawned out of the collective narrative that Roddenberry and his successors created. Now, the second streaming series from that world is available on CBS All-Access, with Patrick Stewart taking up his Jean Luc Picard mantle, and leading a crew of old faces and new ones into one last effort to save the universe from infighting and malevolent destruction. 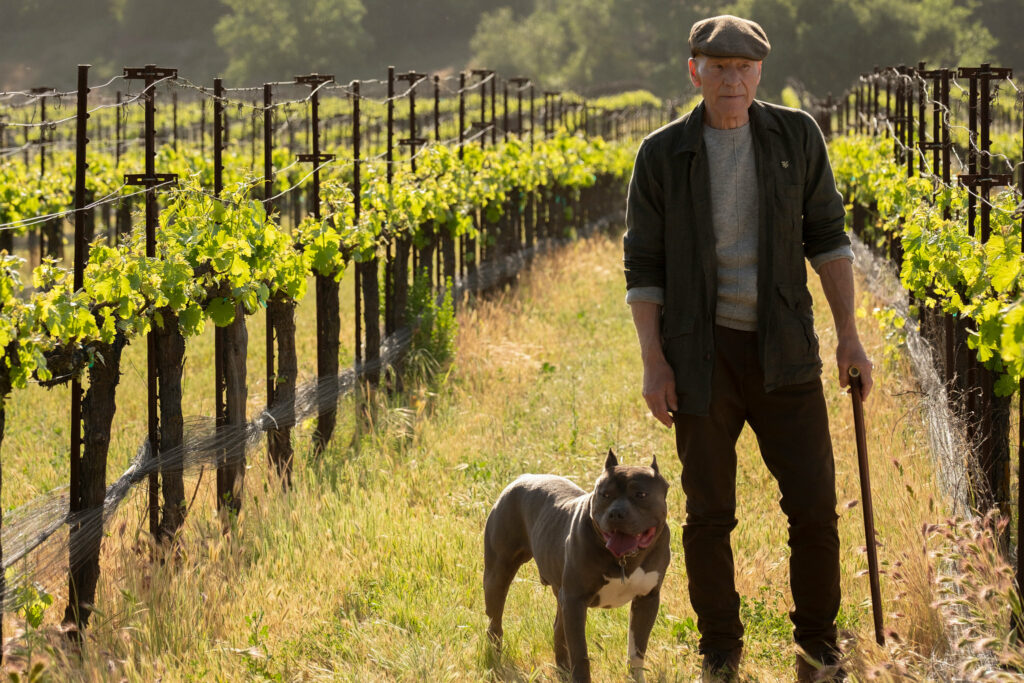 At the end of the twenty-fourth century, twenty years since the events of Star Trek: Nemesis, Picard has isolated himself after a public but unexplained fallout with Starfleet. When we meet him, he’s meandering around his house with a dog in tow. (It’s not clear whether in twenty years he’s actually developed a hobby or not.) The decorated captain still has dreams he can’t explain of his long-lost friend Data and the destruction of the Romulan star system. When a woman with connections to Data shows up seeking his help, Picard embarks on another mission, albeit an unofficial one, to find the woman’s twin sister and discover what is actually happening around the reclamation project around a Borg cube called The Artifact. 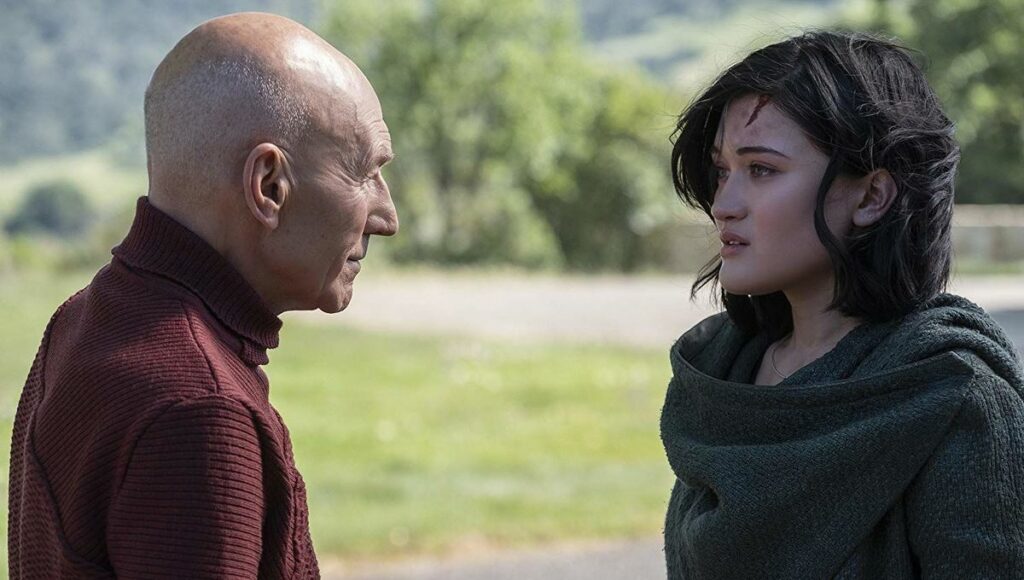 Some old faces show up throughout the series to the great delight of Trekkies: Brent Spiner as Data, Jonathan Frakes as William Riker, Marina Sirtis as Deanna Troi. But the most intriguing is Michelle Hurd as Raffi Musiker, the intelligence officer of Picard’s who was fired for his stance during the destruction of the Romulan star system. She struggles with what she knows – and losing her position, calling, and rank – ultimately finding numbing comfort in the substances she uses to dull the pain. She provides a grounding element to Picard’s headstrong bulling into the unknown in pursuit of the truth he’s desperate to find, and a reminder that his previous decisions are not without cost. 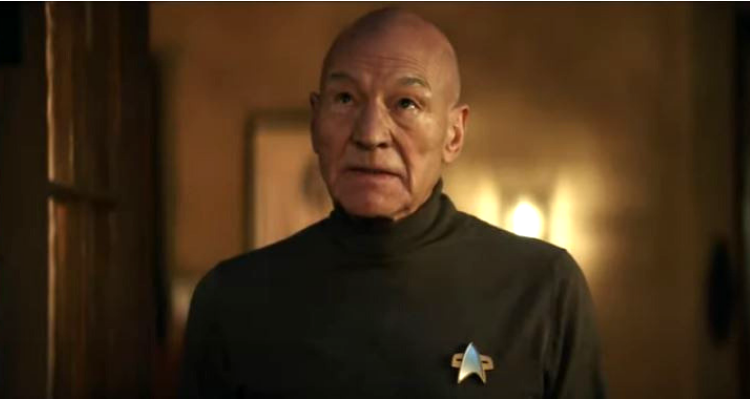 While I am certainly no Trekkie – I’ve seen the major movies and occasionally watched the shows, but am more of a canonical Star Wars guy – the ten-episode series that wrapped up today has some incredibly intriguing aspects to it, whether you’ve ever watched Captains Kirk, Sisko, Archer, or have no idea who Spock is other than the guy with the funny ears. Sure, if you speak the language, I’m sure this is a fantastic deep dive into what it means to go where no person has gone before. For the rest of us …

-It’s a look at the long-term implications of decisions that are made sociologically or politically, where one might be the winner and still pay the price.

-It’s a fascinating science fiction outlay of institutional racism, and the way that fear drives our decisions in policy, interpersonal interaction, and empathy.

-It’s a wonderful evaluation of one man’s quest to come to terms with his own guilt and shame for past mistakes, often overlooked because of his sure-footed decision-making.

Picard has the tools to be absolutely bingeable, COVID-19 or not. It’s a look at what it means for fear to dominate our understanding about who gets in and who stays held out, as the known world of Starfleet struggles with the impacts of an attack by “synthetics” – as one side argues all synths are bad and the other argues that some of them were programmed for evil but not all of synthetics are evil. (Oh, the ramifications of the discussion and its subsequent mindset are endless in today’s society wrestling with race, religion, creed, nationality, etc.) Here’s your chance to hole up with a good cup of tea, and watch a show that will challenge you to aim for better than what the crowd thinks is right or wrong and instead shoot for the stars, aiming high to be the best you that you can be.

Besides, playing it safe never worked for any Starfleet Captain, so why start now?

Due to some sexual relationships, periodic strong language, and some violence, Picard is considered appropriate for mature audiences.