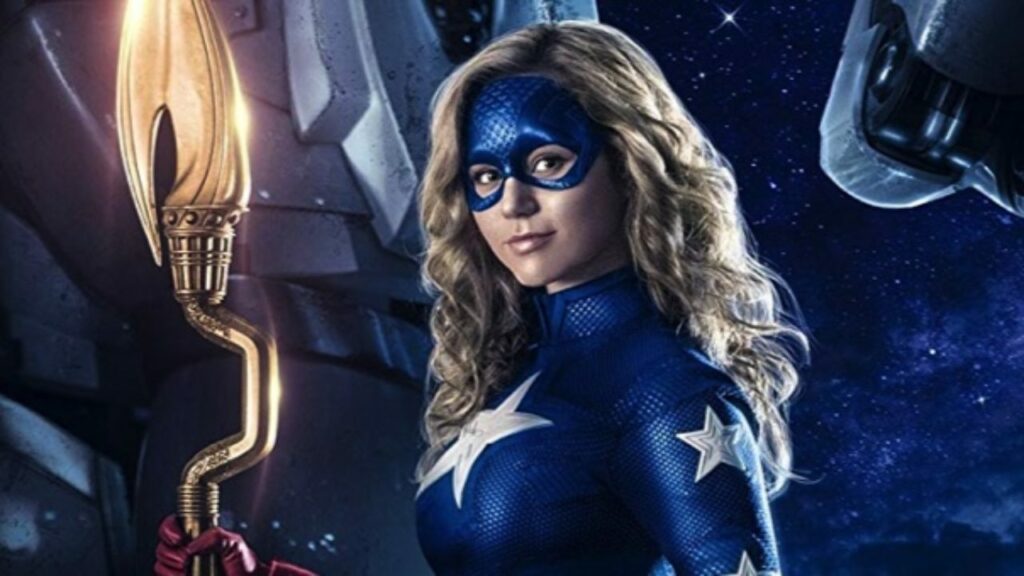 In 1996, Geoff Johns received an internship to work for legendary director Richard Donner (Superman, The Goonies, Lethal Weapon, Ladyhawke) after he cold-called the director’s office. During his first year, his sister Courtney died when TWA Flight 800 blew up, and Donner extended a plane ticket and the promise of a job when Johns returned to Los Angeles. Nearly twenty-five years later, Johns has covered Superman, Batman, Green Lantern, the Justice League, and others in comics, and film (Wonder Woman 1984) and television (Blade, Smallville, Arrow, The Flash, Titans). But nothing is as close to Johns’ heart as the upcoming Stargirl.

In 1997, Johns wrote Stars & S.T.R.I.P.E. and submitted it to DC. In the comic, teenage Courtney Whitmore finds her life uprooted when her mother remarries, and her new stepfather Pat takes the family from the big city to Nebraska. Whitmore discovers that Pat was formerly a superhero sidekick, and tries out his partner’s magical staff, unlocking abilities she never imagined. Can you imagine the emotional attachment that Johns would feel toward a story he shaped as a tribute to his sister?

Now, Johns has written and produced a series for DC Universe (out May 11) called Stargirl. After three episodes, it’s clear that the show has the earmarks we’d expect of a DC-themed show, tied to the life of the Justice Society of America. Comic book fans will see the likes of Dr. Mid-Nite, Hourman, and Wildcat, and have a complete deep-dive into the life of Stargirl. It’s a parallel to Smallville, with characters we know shown from a different angle, but villains, family members, and contemporary situations for us to consider.

Luke Wilson and Amy Smart headline the show as Pat Dugan and Barbara Whitmore, Courtney’s parents. But it’s really Brec Bassinger as Courtney/Stargirl who dominates the screen with a blend of youthful naivete and incredible will. She’s the one who sees the bullying in her high school and speaks up for those who don’t understand how to speak up for themselves. She’s the one who pushes Pat to dust off the old hero tools and stand up against injustice. She’s the one who recognizes that there is evil in the little midwestern town, even if it masquerades behind smiles and benevolence.

Stargirl debuts on DC Universe on May 11 and airs the next day on The CW.