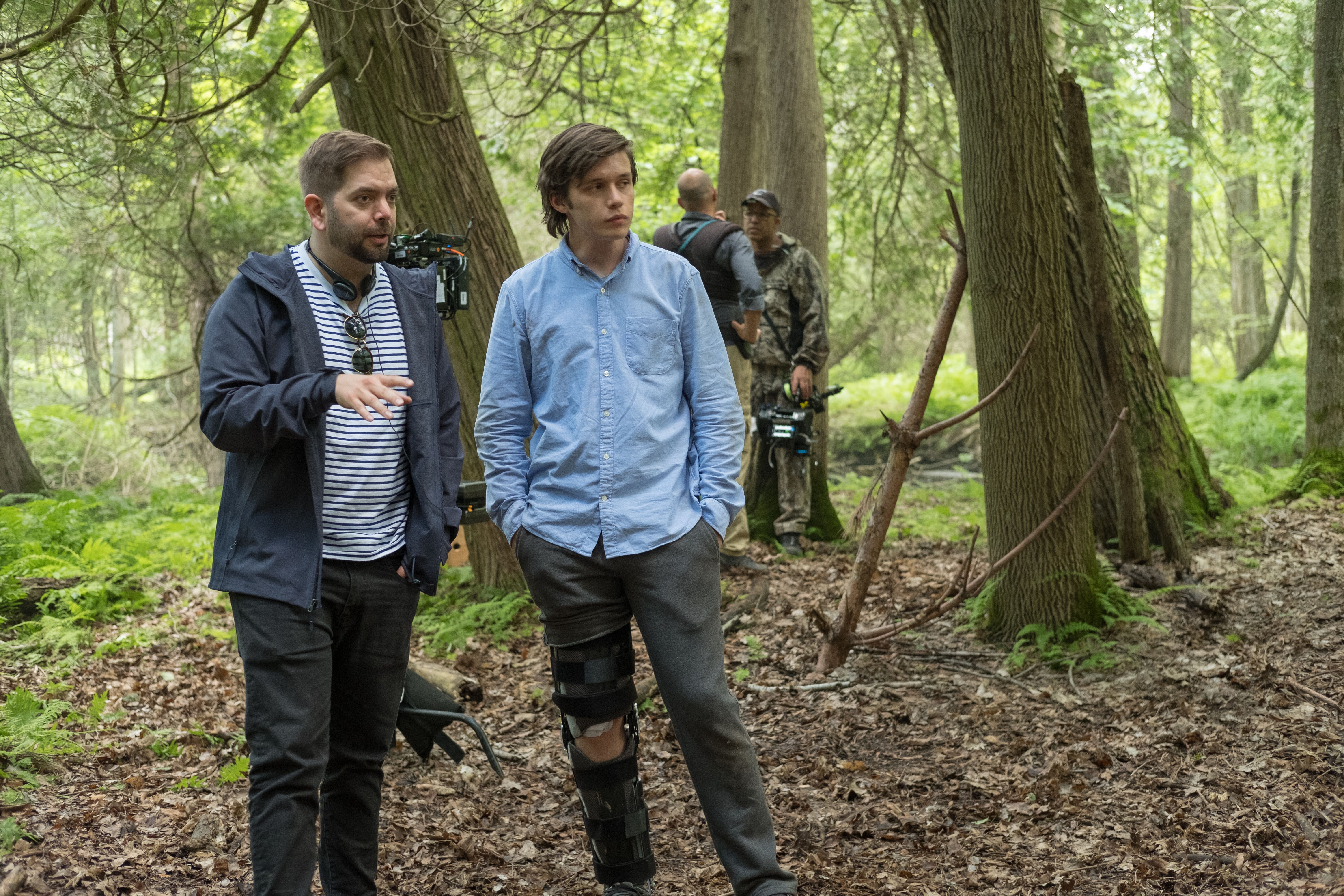 In the new noir film Strange But True, a young woman named Melissa returns to her deceased boyfriend’s family claiming that she is pregnant with his baby, to the dismay of his mother. What makes the premise even more compelling is that the young man has been dead for five years. In John Searless’ novel, this becomes a question of immaculate conception, of science, and of the supernatural. British director Rowan Athale dove into the project to give it his own spin, while recognizing that it was also an opportunity to consider how we grieve.

Inspired by the dark, pulpy films of the 1980s and 1990s, Athale crafted a film that reminds him thematically of old, dark stories he loved, while also tracing a path through a dark, southern America wrestling with the destructive power of loss and denial. Each of the characters comes to understand some new connection to the dead man, a redirection of their previous relationship with him impacted by otherworldly considerations. But not everything in the shadows is friendly, even if it is spiritual.

The opening monologue of the film sets the audience up for a spiritual journey, and Athale recognized that the spiritual themes continued through to the end of the film, regardless of the darkness the journey takes the characters through. “What Melissa believes is not broken by the dark truth we learn in the midst of the story,” he explained. “From the very beginning, as Philip is being chased in the woods, we don’t know what to make of the monster that is chasing him. Does it need sharp teeth and scales to be scary? I worked to keep the very dark secret off the screen for as long as I could.”

So much of the material was taken from Searless’ story but Athale refused to be enslaved to the novel. It had to be made compelling for the screen, even while staying true to its source material.

Even in the last shot, when we see all of the characters moving forward, Athale doesn’t give away how the story really ends. “The last shot pulls away from the family and we don’t know what is going to happen next,” the director proposed. “Maybe the conflict helped them through their broken way, and they found their way through community. Or maybe not.”

Some of what Athale discusses comes back to the spiritual, to the life of faith. Like the film, the director stays open to the possibilities about what Melissa and Philip and others could have learned on their spiritual journey. “We could call it different things, maybe passions, or our need to feed the optimism in our lives above the pessimism. Our view of reality makes it more bearable, and often moves us together.”

Athale remembers when this journey began for him, how film made him reflect on his own life, when he first considered how film could help him articulate his own thinking, his own feeling. At the age of five, he watched Sylvester Stallone’s Rocky with his mother and father, and felt himself moved.

“I fell in love with the story of hope, of overcoming adversity,” Athale remembered. “I later made sense of who Rocky is in subsequent viewings. Ostensibly, it’s a movie about boxing. But I find myself going back to it in my thirties as well, moved again by the story.”

“You can be in the worst mood and watch a movie. I feel the same way about music but I knew that wasn’t my skill. I want to make a movie that would make some kid or some teenager feel the same way I felt when I was watching Rocky for the first time.”

Maybe Strange But True will move a young person to consider family differently, or choose to fight the monsters in their own lives. That would be a win for Athale, and find him moved all over again.

Strange but True debuts in select theaters and On Demand on Friday, September 6.