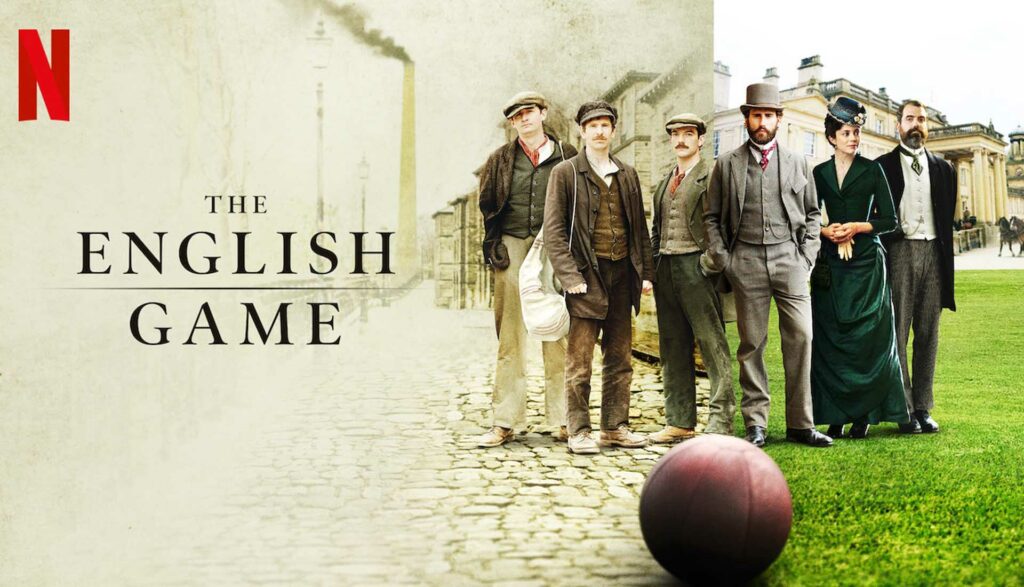 Going through withdrawal with no sports on television? Netflix aims to provide the answer: The English Game.

In Downton Abbey creator Julian Fellowes’ follow-up to his ode to the nineteenth century in England, audiences are provided with more class warfare, this time played out through the mills, bars, and football (American soccer) fields. Primarily, it’s the clashing of Old Etonian football captain and upper crust aristocrat Arthur Kinnaird (Edward Holcroft) with the Scottish import Fergus Suter (Kevin Guthrie) who takes a ‘job’ at James Walsh’s (Craig Parkinson) mill in exchange for being a ringer on the Darwen (Lancashire) mill football team. But just like every other Fellowes creation, it’s more complicated than that. 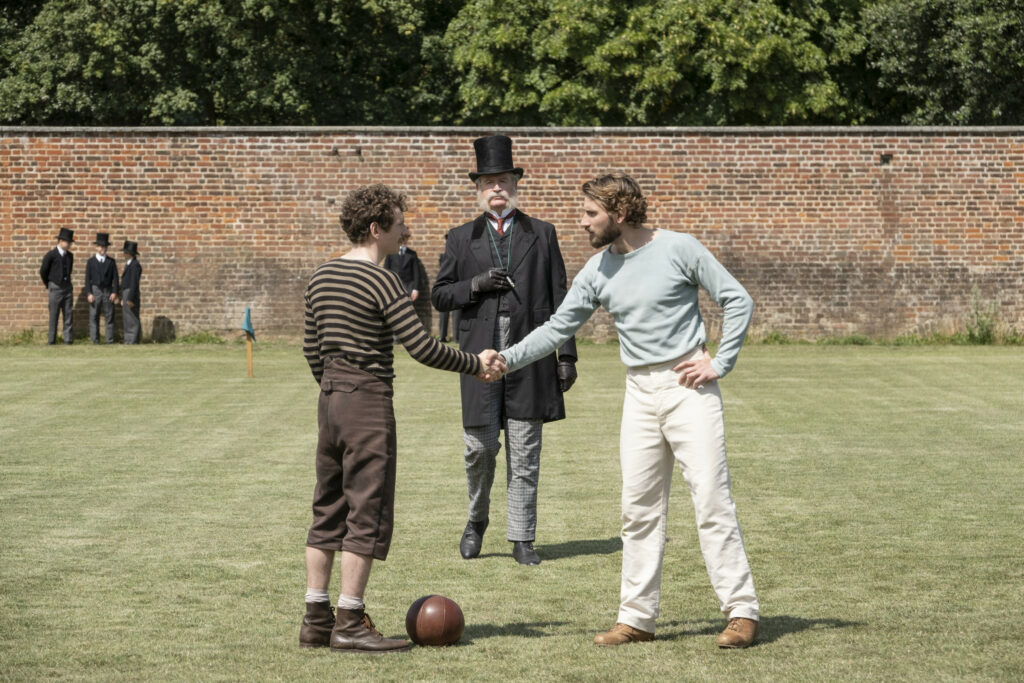 The first episode is enthralling, but not for the play on the field (which is not really about the game). It’s about the way that we’re pulled into caring about Suter’s arc and the way that stuffy Kinnaird may find some bit of redemption (and a soul) because his wife, Margaret (Charlotte Hope), seems to be able to see how ridiculous the class rivalry is. Returning to Suter in a minute, it’s moving to see the way that the loss of a child proves to be a powerful stimulus to the Kinnairds figuring out who they are as a couple and moving toward real love. Kinnaird isn’t the main figure, but he’s the one who’s arc shows the most promise for real growth.

With Suter, the show finds someone who ostensibly will be the hero that every sports film or series needs. He’s an actual historic figure who makes a stunning figure on the field, moving quickly and lightly against the more common approach of the mid-1800s which was to over-dribble and run in packs. [Footballers should note that Suter actually played for the Blackburn Rovers, not Blackburn Olympic, and see the history there, but for the sake of the show, it flows and captures the moments.] While we are sucked into the smallish Guthrie’s presence, the change in locale thanks to the suddenly mercenary financial approach, introducing a time of free agency and paid-to-play athletes, shakes us from seeing Suter as much of a white knight. That is until we see what Suter is really up against, the family he comes from and the financial situation that makes the game complicated for him; as much as he plays the game for the love of it, it’s really the way out of a life that he’ll be stuck with otherwise. 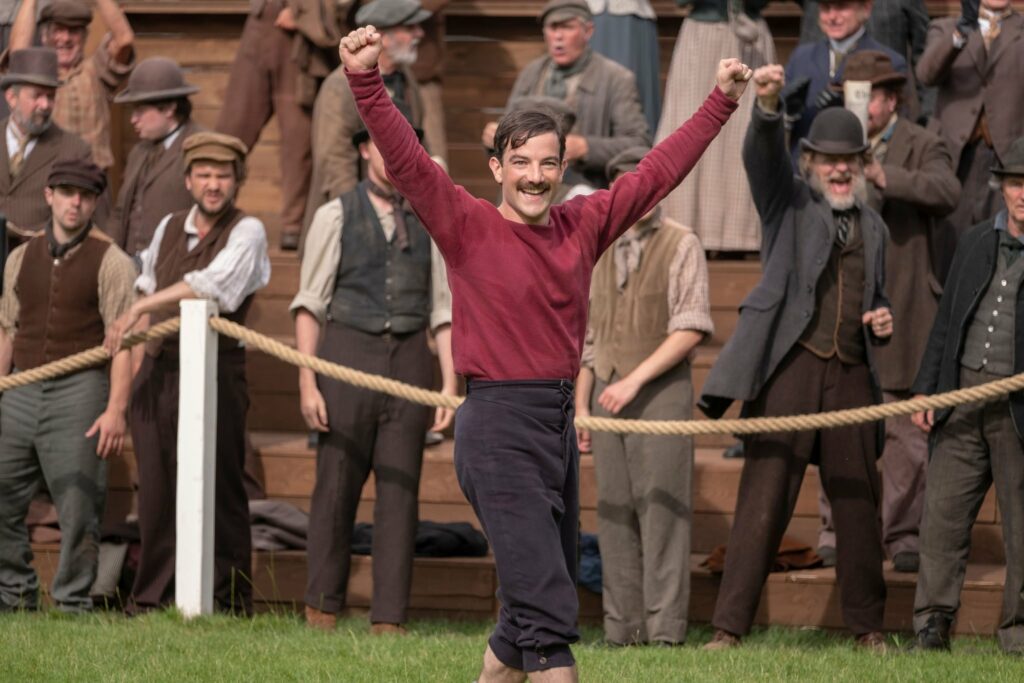 I am not a fan of Downton Abbey, nor regularly into period pieces. But I like a good sports drama, and the class divisions of The English Game reflect the less defined but no less important designations of value and worth in the United States. I could appreciate Suter’s desire to care for his family back home, the struggle that Kinnaird has in relating to and caring for his wife’s hurt, and the growing strain between the haves and the have-nots when maintaining sports equality – or at least the appearance of such.

One of the best examples – and potentially the moral leading light of the series is Margaret. After losing a child, she becomes involved in a ministry to unwed mothers, and champions for them even as she sees judgment and manipulation by some who claim to operate from a Christian perspective. At one point, she defends one of the women, and concurs with her about the truth of the Christian Gospel – that while we were yet sinners, Christ died for us (Romans 5:8). In the midst of a somewhat historical, somewhat sports-related television show, it was exciting to see someone quote Scripture … correctly.

The tension and struggle dramatically move along, and even while the action on the field isn’t ESPN worthy, it beats watching NBA players play against each other in video games or rewatching old games … from just a few months ago. Thankfully, The English Game has the chance to challenge how we see the world and invite us to consider how we use our privilege to help someone else to find success or just live the life they were meant to.

For some intense subject issues, drinking, and intermittent language, The English Game is best watched by older teens/adults with discretion.