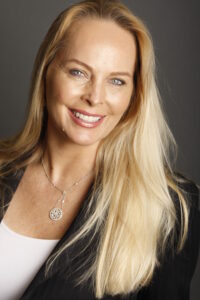 As a child, Cindy Bond studied classic films like Cecil B. DeMille’s The Ten Commandments, Henry King’s Song of Bernadette, Henry Koster’s The Robe, and then later Hugh Hudson’s Chariots of Fire, loving the musical elements, the great romances, the moments that moved her to laughter and tears. After her husband Steve appeared on Praise the Lord and they sat discussing film with host Hal Lindsey afterward. Talking about Lindsey’s documentary The Late Great Planet Earth, narrated in the early 1980s by another legend, Orson Welles, Bond felt drawn to the missionary work of putting the Biblical worldview out in the public in entertaining ways.

Since the early 2000s, when she executive produced the first extreme sports movie of any kind (with a faith element, too!) including motor cross, surfing, and skateboarding called Extreme Days, Bond has been pursuing opportunities to tell Christian stories that would widely reach audience. She says, “We’re a sight and sound generation. We spend more time as media consumers than with our family.” It’s why she’s spent her career looking for movies that meet specific criteria: a Biblical worldview, a unique story with great characters, an emotional connection.

“I look for movies within a Biblical worldview, great and unique stories with great characters. The journey has got to move me personally,” she admitted. “I always have felt like I represent Middle America, not just geographically in terms of states but Middle America pockets in every state. Up and down the state of California, regardless of party, there are people who want to see good values and movies that move them. Before Redeeming Love, I am most proud of I Can Only Imagine [which she made with the Erwin Brothers and Kevin Downes], an incredible, unique story within a worldview and an incredible true story.” 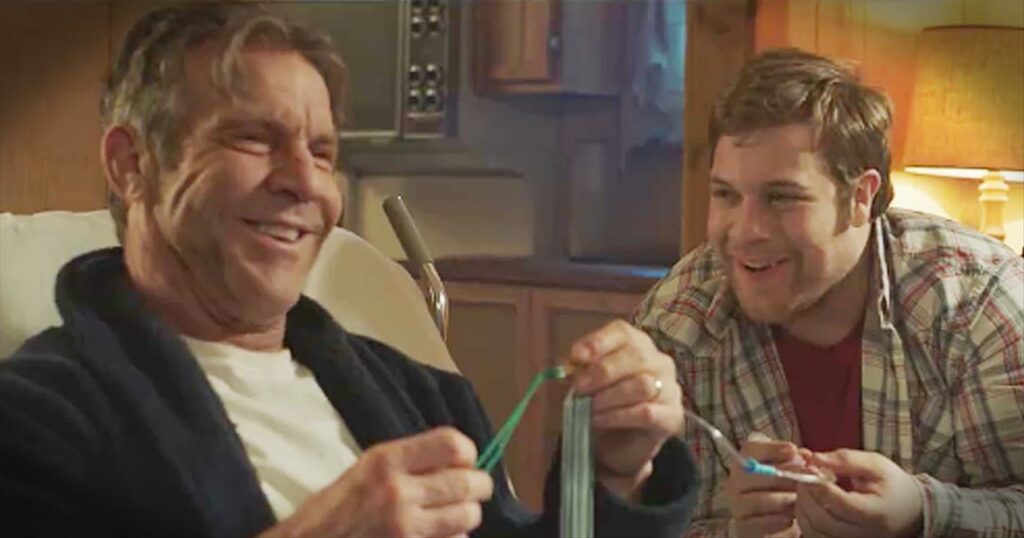 Truth is always stranger than fiction, Bond proposed. Beyond the reconnection of real-life singer Bart Millard of Mercy Me and his father, who by then is wrestling with cancer, the film has moments of levity mixed with a faith-filled message that grittily displays that the Christian faith doesn’t guarantee sunny skies and happy endings. That’s the mixture Bond is looking for, that continues in her latest project, the adaptation of Francine Rivers’ bestselling novel, Redeeming Love, a story of love and redemption of the wild, wild West that tells the story of Hosea and Gomer from the Old Testament.

“The other thing I look for in a movie that I want to make is far beyond the movie itself. Imagine was liquid hope and Redeeming Love is liquid hope on steroids, as a love story that comes out of brokenness, shame, and, ultimately, redemption,” proposed Bond. “It’s the type of movie that will mobilize people to move. I felt really strongly since day one that it dealt with shame in ways I’d never seen before. I’ve never seen a movie deal with love, deliverance, and redemption the way that Redeeming Love does.”

“We talk about women in sex trafficking and slavery, but what about women who have been victims of abuse, rape, or spiritual abuse? What about those of us, myself included, who’ve made some poor decisions in our lives? I think that’s most women – that we’ve done something that we’re ashamed of. This movie is going to speak to that and deliver them from that. It’s a reminder that whether you’ve been the victim of something someone else did or are dealing with something that you did, that God is bigger than that and he’ll deliver you.” 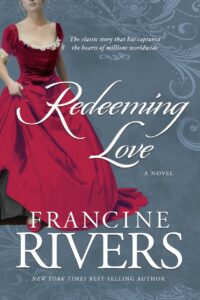 Hosea is the Old Testament prophet who is commanded to marry the prostitute Gomer, even as God warns the prophet that his wife will be unfaithful. In the course of the Book of Hosea, Gomer leaves (and is sold into slavery), only for Hosea to pursue her to redeem (buy her) back, as a relational metaphor for the way that God loves Israel and God’s people. Redeeming Love will tell that story against the gritty backdrop of the lawless American west, a love story with religious overtones that fits the kind of story Bond has always sought.

“Life isn’t always pretty!” Bond explained, passionate about her latest project. “How do you show God’s redemption if you can’t show the darkness and the light? If you don’t have a character arc, you can’t show how a character changes. We have the ultimate lead character, Angel, a woman who not by her own choice has made a bed made in hell, born to a mistress of a wealthy man, reared up in this life where she had to do things to survive that is gradually killing her soul.”

“There are a lot of women in that position in that world today. So we’re telling this story in the 1800s old West but sex trafficking and slavery are the number two income-producing businesses in the world today. The book has been used to deliver women who have been in the industry. Redeeming Love will be a game changer.” 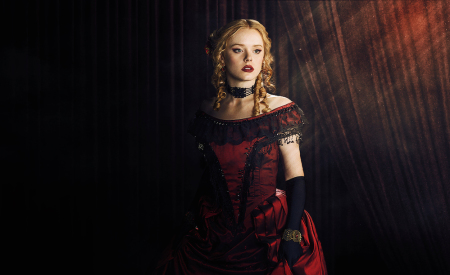 Rivers herself co-scripted the screenplay with director D.J. Caruso, which led to a story faithful to the book, as any two-hour adaptation of a nearly five hundred page novel could be. Bond had known for Caruso for a decade, after they nearly made the adaptation of Brock Cole’s novel (the novel The Goats became the film Standing Up) together. When Caruso’s wife read Redeeming Love at a retreat where she was working with unwed mothers and their children, she called her husband to tell him he needed to make it into a movie. Discovering that Bond already held the rights to a film that for fifteen years different producers, even Ralph Winter (X-Men), had tried to develop adaptations, the partnership that would have been became the partnership that is Redeeming Love. “I wanted excellence, grit, and an epic, sweeping romance. He is the perfect director for this film. The film is a blend of Cold Mountain meets The Notebook, with excellent action scenes, and terrific costumes, production, sets, and acting,” shared the producer.

Even looking back at the filming that took place earlier this year in Cape Town, South Africa, Bond sees the way that there’s a plan for this film that has bigger-than-average expectations. When they began production, there was no global pandemic, like Africa as a whole was held in a bubble, Bond explains. When they finished on March 14, they wrapped shooting twenty-one hours before the prime minister of South Africa shut down all work in the country. “There was a huge positive that not only we felt that God was protecting us and that we were a family. I call it a love letter of a film, God’s love letter to the world.”

Bond is convinced that fans of the book will be thrilled, whether they are people of faith or not, because the story deeply and powerfully conveys the romance of Angel and Hosea, and she wants everyone to know it. Her passion floods over the phone, as she talks about the art of the film itself and then turns to the partnership she has with Simon Swart and Wayne FitzJohn, who Bond has worked with on five projects. Swart first founded Fox Faith in 2004, the first executive producer to start up a faith division out of an existing film studio. Now, Swart’s Nthibah Pictures has I am All Girls, a feature film (based on real events) about sex trafficking directed by Donovan Marsh, and Swart has forged strategic relationships with organizations that they’ll now partner with through Redeeming Love.

Clearly, Bond is passionate about what she’s helped the team navigate through and toward. Redeeming Love touches on all of the pillars she’s set as her foundation – and that breathtaking moment of film that she found so enthralling as a kid shows up, even in the dailies. With a visual that she says brought her grown daughter Ashlee to tears, and the lasting impression of the film that will linger until the whole project is available in theaters, Bond delivers this.

“I was working through the dailies, and there’s this scene of Angel [Abigail Cowen] where she feels dirty. She’s in a stream scrubbing her skin with gravel trying to get clean, but she just keeps saying, ‘I can’t get clean.’ If that shot can reduce someone to tears, there’s no question the film will be a game-changer.”

Redeeming Love is set for a national theatrical release in the spring of 2021. To stay updated on developments, visit www.RedeemingLoveMovie.com.